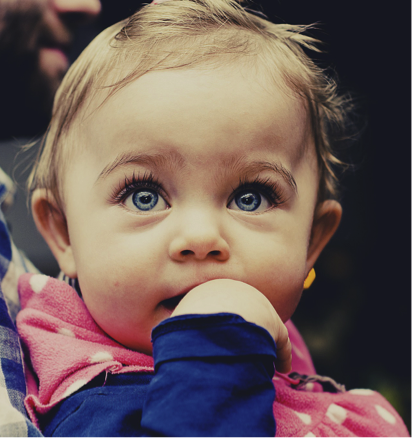 Language development is extraordinary. Watching a baby go from no words at all to using full sentences by age 5 is nothing short of amazing. Most people can see that babies communicate an awful lot of information about how they are feeling and what they want before they are even able to use words. The following list contains five milestones that we expect to see before babies start using words (at approximately 12 months). 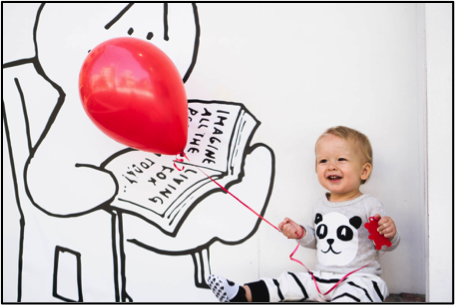 Responsive smile, which happens when a very young infant smiles in response a stimulus, is the first sign most parents interpret as communication from baby. Seeing your baby smile for the first time is both thrilling and rewarding for any parent. This is because the responsive smile is often perceived as the first real attempt at a back and forth communication between parents and baby. There are different ways to elicit a responsive smile, from make a silly face, playing peek-a-boo to gently touching baby on her nose and making a funny sound. This is the first stage of smiling, and it usually develops at around 4-6 weeks which is perfect timing for most sleep deprived parents!

Milestone #2: Cooing (observed at around 2-3 months) 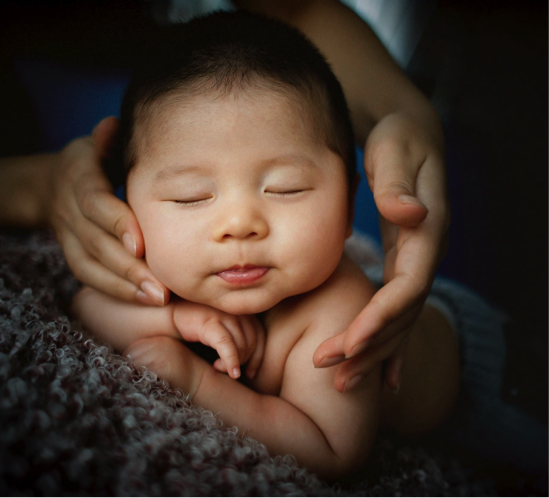 Cooing, a soft vowel-like sound, emerges in babies around 2-3 months old. Babies begin cooing as a way to experiment with their articulators and voice muscles. The coo sounds vary in pitch and can go from low to high or high to low. Once your baby begins to make these sweet sounds, it is a sign that the language areas of their brains are developing. At this time, babies are also more interested in looking at others, which also enhances their language systems. Looking and communicating verbally go hand in hand.

Milestone #3: Gestures (observed at around 4-5 Months) 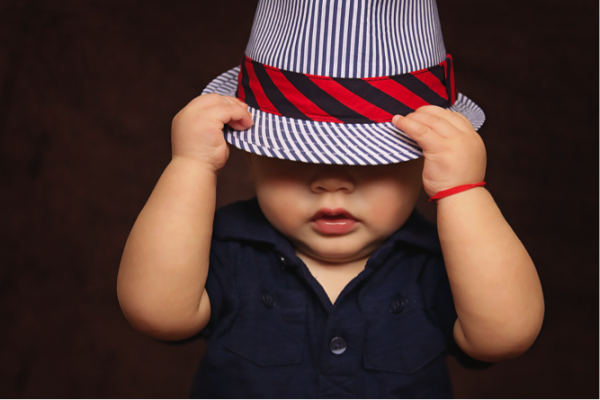 Gestures, or using a part of the body to express meaning, is very important for an infant to ultimately learn to communicate using words. In fact, research has shown that a baby’s use of gestures is predictive of his use of words. Gestures start off simple, but they become more complex as baby gets closer to a year old. Simpler gestures such as pointing, lifting hands for “up”, or waving, are more common at first and they are more confirmation that language development is moving in the right direction.

Babbling is a major milestone of communication in the first year of life. Babies begin to babble at around 6 months, although this could be slightly earlier or later and it is still considered normal. Babbling sounds like repetitions of little sound units and it is another example of a baby experimenting with articulators (i.e. tongue or lips) and voice. Babbling is a noticeable milestone that is seen in most babies who are developing language in a typical way. Lack of babbling, or minimal babbling, can be a sign that there is either a language delay or some other issue that is an obstacle to typical language development. Just like gestures, babbling goes from simple to complex. At first, baby babble will be the same sound repeated over and over. After a few months of practice, baby babbling will include repetitions of different sounds. 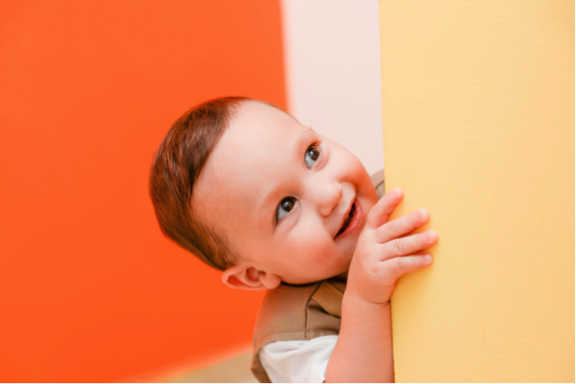 Jargon typically shows up closer to the 12 months mark, and it is a real hoot to hear. This language milestone is a baby-going on-toddler putting together all that he has learned watching and listening to others. It combines babbling of different sounds with changes of pitch and volume. What happens is that these little ones end up sounding like they are speaking in an adult-like tone when there are no real words coming out. The whole thing sounds like gibberish, although there are likely some early words mixed in that are difficult to tease out. Jargon continues even after babies begin using words, and it phases out slowly as toddlers become more confident with communicating verbally.

There are many incredible communication milestones in the first year of life. This list covers only a few but many more exist that are worth mentioning. It is important to remember that language does not develop in a vacuum, and there are many other things going on (walking, fine motor development, cognition, etc.). In our next post, you will find a list of signs indicating that language development may be delayed.

Please Note: The views and advice expressed in articles, videos and other pieces published here are not necessarily the views and advice of Meraki Health Center or its team, but rather that of the author. Meraki Health Center is not endorsing or implying agreement with the views or advice contained therein, rather presenting them for the independent analysis and information of its readers.

The Meraki Alliance is a not for profit organisation striving to make allied health services accessible to all. Sign-up to our newsletter for news and event updates.